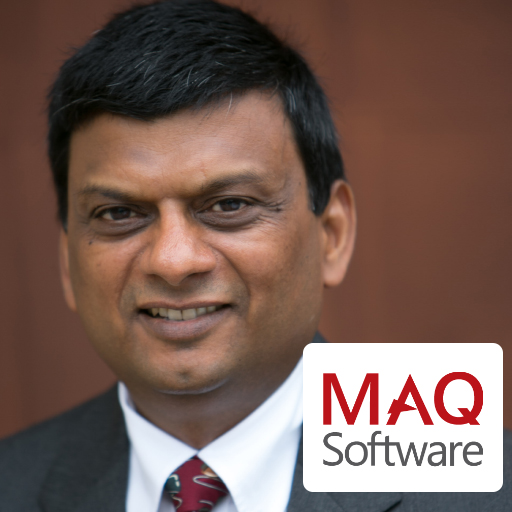 Founder and CEO of MAQ Software

As the founder and the CEO of MAQ Software, Rajeev Agarwal focuses on adopting the latest software engineering techniques to utilize emerging technology platforms. Prior to founding MAQ Software in 2000, Rajeev worked at Microsoft Corporation, Redmond for nearly seven years in the Visual C++, Windows, and Exchange product management groups.

In 2013, Rajeev authored his first book, ”What I Did Not Learn At IIT: Transitioning from Campus to Workplace.” The book was aimed at helping new graduates in India transition to their first jobs. Reviews were positive. With over 25,000 printed copies in circulation worldwide, the book was recognized as a National Bestseller and reissued by Penguin Random House in August 2017.

Penguin Random House published Rajeev’s second book ”What I Did Not Learn in B School: Insights for New Managers” in 2017. Outlook Money wrote, “This book has all the necessary ingredients for a good read for those aspiring for an MBA.”

Rajeev’s article “Why Do Some Companies Grow Consistently, While Others Struggle” was published in the December 2017 issue of Entrepreneur magazine. He has been featured on the front page of The Seattle Times and has been quoted in pieces by Inc., Entrepreneur, Puget Sound Business Journal, Businessworld, and BBC News.

As an entrepreneur, Rajeev was a finalist for the Ernst & Young Entrepreneur of the Year (2010) award. Puget Sound Business Journal honored him as one of the “Top 40 Rising Business Leaders under the Age of 40” in the Greater Seattle region.

Inc., a leading U.S. business magazine for mid-market companies, inducted MAQ Software into its “Hall of Fame” and listed it as one of the fastest growing private companies in America nine times, a rare achievement.

Rajeev is active in many educational, philanthropic, and community improvement efforts. Rajeev set up the Foundation for Excellence to build classrooms and provide furniture, blackboards, science lab equipment, and drinking water to over 25,000 students in India.

Efforts to reduce abject poverty in India are hampered by the 65% female literacy rate. Because 200 million people cannot read or write, Rajeev has partnered with Pratham and Ekal, two of the largest education non-profits in India. Realizing that artificial intelligence can improve learning outcomes, Rajeev is working with these NGOs to adopt mobile-based apps. One such initiative is working with the Global Learning XPRIZE team to bring winning solutions to the Indian subcontinent. Rajeev and MAQ Software are adopting XPRIZE solutions tested in Africa for India through MAQ Software’s technology expertise.

A native of Shahjahanpur, India, Rajeev and his wife Arpita live in Bellevue, Washington.