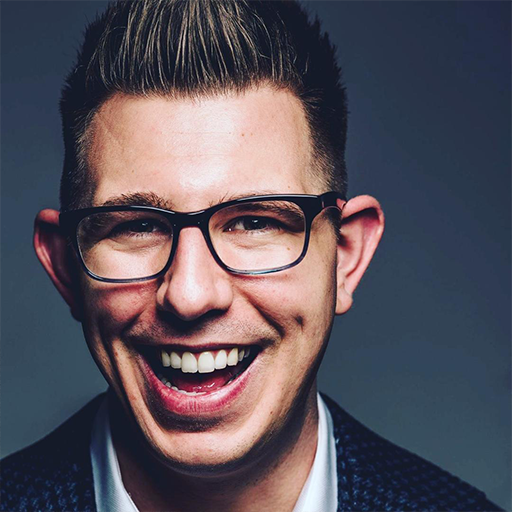 Most of us grew up believing in magic. Grandfathers made quarters appear out of thin air. Men in black suits with white gloves cut people in half and pulled furry animals out of tall hats. Somewhere along the line, though, we grew up. We stuffed that love for magic into a plastic TMNT lunchbox and tucked it away to make way for life in the “real world.”

Denny fell in love with magic as a young kid growing up in Scranton, PA. His parents did everything they could to stir up his enthusiasm. They enrolled Denny in every magic class he could find and encouraged him to perform for friends and family as often as possible. The kid had a clear knack for entertainment.

Denny’s family owned the only paper company in Scranton. Naturally, that made The Office a TV staple in the Corby house. If you met him, you’d swear he was a cross between Michael Scott and Jim Halpert (with a little bit of Andy Bernard thrown in).

At the age of 16, Denny went to work for his parents. Between the paper business and a cleaning company his family owned, Denny had a hand in literally everything. From stripping floors and waxing bathrooms to loading trucks and making sales calls, Denny worked his tail off in the “real world.” Still, he couldn’t leave magic behind. While working for his parents, he continued to perform on nights and weekends.

Denny began his college career at Marywood University in Scranton and finished it in 2004 at Bay State College in Boston. After school, he went back to work for his parents. He loved being a part of what his family had built but the tension between his day job and his passion for magic started to overwhelm him. Finally, Denny’s family encouraged him to step out and take a risk in doing what he truly loved.

Four years later, Denny is a wildly successful magician, entertainer and keynote speaker. He performs regularly for a slew of corporate clients including Comcast, Tyson Foods, Berkshire Hathaway, and BMW. His shows range from intimate office gatherings of 20 to crowds of 2500 and everything in between.

Through appearances on major cable networks like Fox and NBC, Denny has graced television screens across the country. He’s also put out an instructional DVD, Magic Tricks Now, showing people how to use some of his favorite tricks to impress their friends, family, coworkers, and even strangers.

Wherever you meet him, Denny is guaranteed to make your day. He’s a warm-hearted goofball who lives to make people laugh and see them smile. You’ll never find him any happier than when he’s cracking jokes and having fun with friends, family, and even complete strangers.

At the end of each show, somebody always asks whether magic is real. Denny’s answer is simple. For whatever bit of time he has, a magician gets to pull a crowd of people out of their crazy lives and fill them with a sense of joy and wonder. Instead of worrying about their jobs or their finances, each audience member is right there in their seat loving every minute of the show.

That’s where the real magic lies.

When Denny’s not busy making full-sized automobiles appear out of thin air (yes, he actually did that), you’ll catch him making bowling pins disappear down at the local Strike & Spare. Sometimes, though, he just wants to pick up his sticks and make a little noise drumming to his favorite songs from Korn and Avenged Sevenfold… or any modern top 40 hit, really. If he’s feeling a bit more mellow, you might find him holed up with a coloring book and a box of fresh crayons.

Wherever you find him, Denny will probably drop what he’s doing and make you smile.