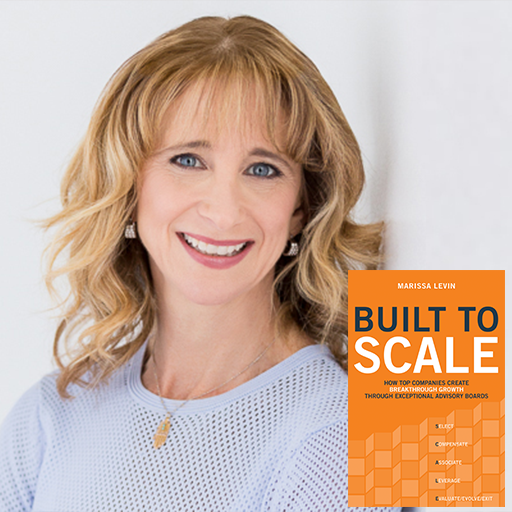 A 25-year entrepreneur, speaker, and globally recognized growth strategist, Marissa’s lifetime legacy mission is to educate, equip, and empower 100 million leaders with the skillsets and mindsets they need to reach their greatest potential.

Marissa Levin’s entrepreneurial journey began in 1995 when she launched Information Experts, a strategic communications and education firm. She launched her firm as a solopreneur with a $35,000 contract and led/grew the organization to approximately $13 million in revenue until she resigned in 2012.

Under her leadership, Information Experts won more than 80 awards for creativity & leadership, was named to the Inc. 5000 List of America’s Fastest Growing Companies for 2009, 2010, and 2011, won the 2010 SmartCEO GovStar Industry Star Award, and was known as a trailblazer in establishing an extraordinary employee-centric culture that fully supported work-life integration and a core value of “responsible flexibility.”

In 2017, she co-founded Women’s CEO Roundtable, a professionally facilitated year-long program for women business owners from noncompeting organizations that are committed to scaling beyond $1 million in revenue.

Also in 2017, Marissa merged Successful Culture with PeopleTactics, a national leader in Strategic HR Consulting to launch Successful Culture International (SCI), a global corporate culture consultancy that leads organizations undergoing significant transformation through a proven model to define, stabilize, and strengthen organizational cultures. SCI also works with emerging companies to help define their corporate cultures so that they can attract, hire, and retain the best talent.

She is also the regional Chair for Women Presidents Organization, an international community of multi-million dollar women business owners, for whom she facilitates monthly CEO roundtables.

She is also the author of “My Company Rocks: 8 Secrets to a Growth-Driven Culture” and is a contributing author to “You @Work: Unlocking Human Potential in the Workplace.” Finally, Marissa is a Leadership columnist for Inc. Magazine.

Throughout her 25-year entrepreneurial journey, Marissa has been recognized as a global influencer and trailblazer. She was named as a 2009, 2010, and 2011 SmartCEO Smart 100 participant by SmartCEO Magazine, which recognizes top 100 CEOs in the region, and was named as a 2008 BRAVO Award winner, which honors the region’s 25 most influential women CEOs. In 2011, she was one of the first honorees to be inducted into the SmartCEO Hall of Fame for outstanding and exemplary women’s leadership.

She was named as one of Washington’s Top 100 Technology Titans for 2009 by Washingtonian Magazine and was a finalist for the Ernst & Young Entrepreneur of the Year Award. Marissa was also named as one of Greater Washington’s “Women Who Mean Business” by the Washington Business Journal, which honors the region’s “most influential and powerful” women executives.

Marissa holds a Master’s Degree in Human Resources Development & Organizational Development, is a credentialed coach certified by International Coach Federation (ICF), is certified in Instructional Systems Design, and is a Certified Mastermind Facilitator.